BLAKK STEEL is unquestionably one of Pittsburgh’s premier DJ’s.

As a teenager, a friend provided Steel with a turntable and gave a lesson on how to spin. Little did he know, this moment would change his life forever. Some 20 years later, he still possesses that same turntable; a gift, which has allowed him to do some pretty amazing things.

A classic Hip Hop fan, Blakk Steel was drawn to the scratch by none other than the great DJ Jazzy Jeff (his all-time favorite DJ), and was inspired to refine his skills from other greats such as DJ Scratch and Premier. When Blakk Steel began DJ’ing professionally in 1990, it was these learned skills, as well as a passion for crate digging, and knowledge of many musical genres, that helped separate him from the pack.

When DJ’ing, Blakk Steel is often dubbed “Mr. Money Well Spent” because of his command of the crowd. He keeps the people moving from the time the needle drops, til the lights come on. He leaves every crowd begging for more, and, by the end of the night, has both Promoters and Club Owners in agreeance that their money was indeed well spent.

Throughout his career, Blakk Steel has shown the viability of Pittsburgh’s Hip Hop artists. While playing in several other markets throughout the United States, he has always been sure to represent The Steel City, well. Over the years, he has made his mark on college radio at WPTS FM as well as commercial radio with WAMO FM. Always true to his roots, Steel has gained a reputation for shunning mediocre music in favor of playing what he likes, or what he feels the people need to hear. This mentality has led to many local and unsigned artists being heard over mainstream radio airwaves.

In addition to being an extraordinary DJ, Blakk Steel is also an emcee, television host, and on-air personality. His local video show “Underground Hip Hop Video Magazine” received 6 Billboard nominations. He was also recognized by Vibe Magazine in March of 1994 for having the only hot Hip Hop show in Pittsburgh. Blakk Steel’s consistency and integrity have led to him working with many of the industries top A&R’s and promoters, such as: Bobbito “Cool Bob Love” Garcia, Sean “Puffy” Combs, Harve “Job Hooker” Pierre, DJ EZ Lee (Treacherous Three) and Jam Master Jay (Run DMC).

Jamal Muhammad also known as “DJ One Luv…” was born and raised in Pittsburgh (Steel City), PA., but has resided in Washington, D.C. area since 1994. He is a dedicated community activist, advocate for Black entrepreneurship, economic empowerment & independence, and major contributor to the cultural & creative arts in the Black community in the […] 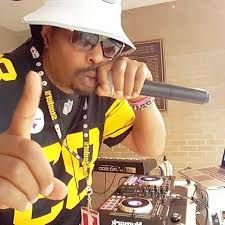